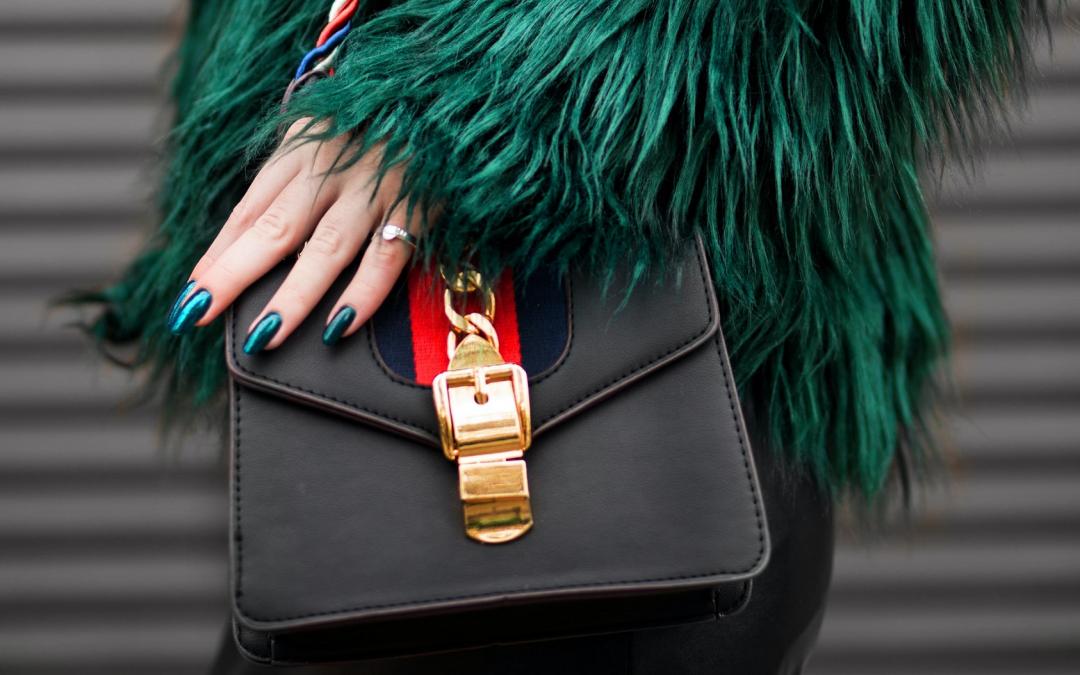 We’ve probably all done it at some point.  You’re on holiday and there is some guy selling fake watches and handbags at the side of the road; or you’re desperate for the latest Ray Ban sunglasses and have come across a site offering them for amazing prices. You think, “bargain, why not”?! Justifying our decision by saying “these big brands earn enough money”, or “it’s not that a big of a deal”. Well, think again!

In can be easy to rationalise buying counterfeit goods and think of it as a victimless crime, but to put it bluntly, this trillion-dollar industry is built on the likes of child slavery and exploitation, and at worst, that harmless holiday memento is helping to fund terrorism!

How big of a problem is counterfeiting?

With the increase in the popularity of online shopping, the spread of counterfeit goods is spiralling out of control. In 2018 the volume of all counterfeit products in the world reached 1.2 trillion USD, and in 2020 this number jumped to 1.8 trillion USD.

Websites like Aliexpress and DHGate are notorious for having thousands of counterfeit items in stock. This effect has also trickled down onto the global powerhouses like eBay and Amazon, where you will find expertly placed counterfeits intermixed with genuine items.

It doesn’t stop there! The boom of social media has also provided these faceless sellers another route to the consumer. In addition, a growing number of “influencers” are using their social media accounts to promote counterfeits online. These self-proclaimed “dupe influencers” generate millions of views, likes, and shares by way of content that facilitates – sometimes proudly – the advertisement and sale of counterfeit goods!

Why should you stop buying counterfeit goods?

Like most things, in this time of instant gratification, consumers are often not aware, or do not want to recognise, that those cheap prices often come at a high cost to not only the brands, but also economies, people’s safety, the environment and society as a whole.

The things people do not realise when buying fake goods whether that is intentionally or not, include:

IT’S DANGEROUS: Due to regulatory non-compliance, counterfeit goods are often made using cheap, substandard, and dangerous components that put the health and safety of not only consumers, but those making the products at risk.

IT COULD COST YOU: Purchasing from counterfeit websites puts you at risk for identity theft and credit card fraud when you provide a counterfeit merchant with your information.

IT COSTS YOUR CITY/COUNTRY: Counterfeiters do not pay taxes, meaning less money for your city’s schools, hospitals, parks and other social programmes etc.

IT SUPPORTS CHILD LABOUR: Counterfeiters do not pay their employees fair wages or benefits. They have poor working conditions, and often use forced or child labour.

IT IS CONTRIBUTING TO ENVIRONMENTAL DAMAGE: Again, due to the unregulated environment in which fake goods are produced, often pollution-generating and dangerous machinery or materials are used throughout the process. Not only that, but after large quantities of counterfeits are seized by law enforcement, the products are often destroyed by incineration. This leads to massive amounts of air pollution.

IT HURTS LEGITIMATE COMPANIES: It takes brands a lot of hard work, sweat and tears to build their reputation and good name. Counterfeiters, in turn, seek to profit unfairly from this good name. This not only results in a loss in sales and profits, but it can also negatively affect the company’s employees in terms of job losses, as well as higher prices for consumers.

How can you avoid purchasing fakes?

As the technologies and techniques counterfeiters use to produce fakes improves, it can be difficult to spot a counterfeit. Fraudsters are extremely cunning and good at creating convincing websites, profiles, pop up stores etc. Here’s our top tips for spotting fake products and illegitimate sites:

PRICE: The saying “If the price looks too good to be true, it probably is” was written for this point.

PACKAGING: If the product is being sold without its packaging, or the packaging appears to be of low quality, or includes printing errors (for example, blurry pictures, typos, spelling or grammatical errors) it is probably counterfeit.

PLACE: Consider where the product is being sold:

Online: Counterfeiters are good at making their sites look convincing. Our infographic below outlines the key points to look out for before making any kind of purchase online. 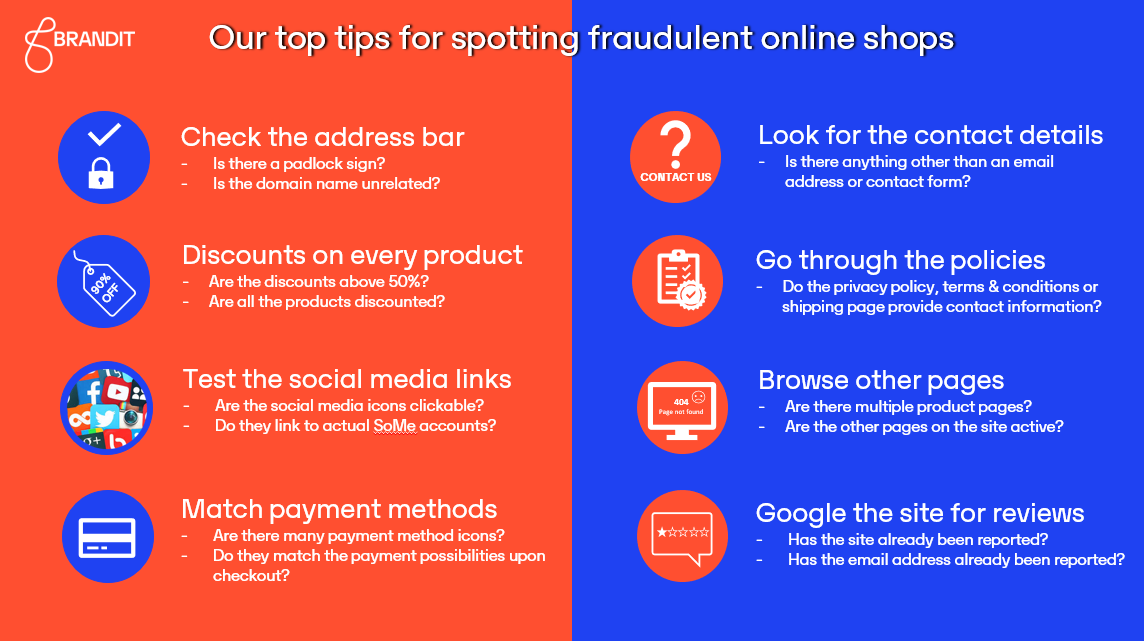 Is there a solution to stopping counterfeit goods?

In an industry that is unfortunately driven by high-demand and an ever-changing landscape, the solutions are not that easy to find.

We believe a three-pronged approach is needed:

BRANDIT, with the right owners, is committed to devise and execute innovative strategies to curb this menace and at the same time assisting organisation to spread awareness amongst the consumers and enforcement agencies – Beware of Lookalikes and Fakes!!