Are brand owners being pushed back from filing class actions? 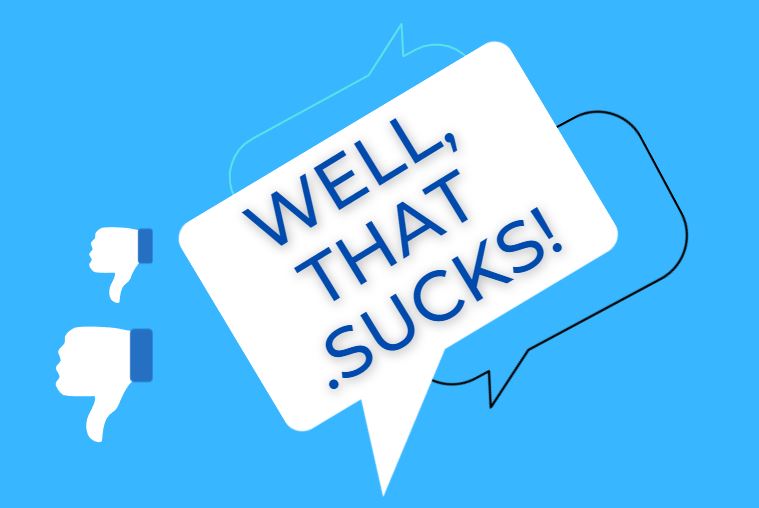 Caroline Perriard discusses this and our view on a recent <.sucks> domain name case

When your brand is being used by domains names that are diverting traffic away from your site and misleading your customers, you know it is time to act. This is a no brainer, and you know that it is the best thing for protecting not only your brand reputation but also the investment made by your marketing colleagues and company.

When cybersquatters register domains, they are generally up to no good. If you stumble across a domain that includes your brand name and you start to think, “hang on a minute, this guy has no right to use our brand name, is not using it in a legitimate way and is probably only after financial gains”, then you’ve probably just got yourself one big headache! A well-known example of such behaviour is those domains registered under the <.sucks> top-level domains (TLD).

Unfortunately, if you happen to find a <.sucks> TLD incorporating your brand name, it is likely you’ll discover a pattern of registrations artificially created for the sole purpose of forcing brand owners to secure their own .sucks domains in order to keep them out of the hands of the public.

This is incredibly frustrating for brand owners, particularly as the Internet Corporation for Assigned Names and Numbers (ICANN) seems to be turning a blind eye to such under-hand tactics. We at BRANDIT wish to ask the industry: Why should brand owners let others make profit from these registrations? Why is ICANN so tolerant by not recognising that the management of some extensions are doubtful and only create frustration for brand owners? When looking at this illegitimate use, we couldn’t be more against ICANN’s main goal to “create real opportunities to communicate via the right domain name”.

A good example highlighting the difficulty brand owners are finding in challenging .sucks domains is perfectly illustrated in a recent case we submitted before the WIPO arbitration court (WIPO Case No. D2021-0877). Here, we represented a handful of brand owners who joined forces to file a Uniform Domain-Name Dispute-Resolution Policy (UDRP) complaint against the registrant of several <.sucks> domains. It is worth mentioning at this point that Honey Salt Ltd., the company that registered the domains at issue, is an offshore company who owns over 2,000 infringing domain names and has been involved in several previous UDRP cases. These domains were blatantly using the companies’ respective brands and displaying computer generated content. The main goal of this particular case was to raise awareness of such unfair practice and grow the case law surrounding such matters.

Is it possible to join forces with other brands to tackle such cases?

The UDRP Rules allow for the consolidation of a complaint by multiple unrelated companies when this leads to an equitable and procedurally efficient claim. In addition, it needs to be clear that the domain name registrant is engaging in a common conduct that is affecting the companies in a similar fashion.

If you delve deeper in the rules, paragraph 10(e) of the Rules indeed grants a Panel the power to consolidate multiple domain name disputes, and paragraph 3(c) of the Rules provides that a complaint may relate to more than one domain name, provided that the domain names are registered by the same domain-name holder.

Panels have further considered that a respondent is engaged in a common conduct that has affected the complainants in a similar fashion where: (i) the rights relied on and the disputed domain names in question involve “readily identifiable commonalities”; or (ii) there is a clear “pattern of registration and use” of all the disputed domain names in question.

While the above clearly indicates that such consolidation is possible, the Panel in this particular case reminded the complainants that the issue will be determined on a “case-to-case basis”.  With this discretional power in mind, the Panel found that the complainants should have had, in addition to the criteria mentioned above, “an apparent connection”. Unfortunately, this concept is rather vague and open to interpretation. Does that mean that companies should be active in similar industries? This would be rather limitative.

The Panel also shared its view (or concern) that such a consolidation would appear as a class-action (which is not supported by the Policy, in the Panel’s view), and the respondent may not be given “a fair opportunity to present its case” in this matter. Did the Panel need to restate here that it is “neutral” and is there to support not only IP owners, but all parties involved?

In this particular case, the Panel did not allow the brand owners the opportunity to join forces, justifying this rejection by claiming that, by accepting this kind of consolidated action, it would have potentially been the start of a “slippery slope” and “a bridge too far”.

Also, the Panel’s reasoning seems to be driven by the principle of “equality of arms” when stating that “it would be more equitable that the Respondent had the chance to file different responses in connection to each of the disputed domain names”.

While we can only regret the Panel’s lack of support on this procedural question, it is worth noting that the Panel expressed that it “certainly does not condone the respondent’s business model” and concluded being “sympathetic to the complainants’ grievance”.

Why does this remain frustrating for brand owners?

Brand owners have defended their rights against the usage of domain names linked to unfair commercial gain for years, and this will not change.

However, we would welcome new ways of defending brand owners’ investments in filing cost-efficient claims against blatant cases of misuse, including through the interpretation of the WIPO UDRP Rules. The above-mentioned WIPO decision opens up a whole new discussion on the filing of class actions, the apparent required connection between complainants for consolidation as well as other aspects that need to be addressed in order to find new and efficient ways for brand owners to protect their IP rights. This also includes being able to address such abusive patterns like in the presented case with combined forces.

In addition, such patterns of misuse will continue to persist as long as ICANN is not policing its registries and is passively tolerating such clear form of misconduct.

If you need support dealing with any of the issues discussed in this article, please don’t hesitate to get in touch with one of our experts here. 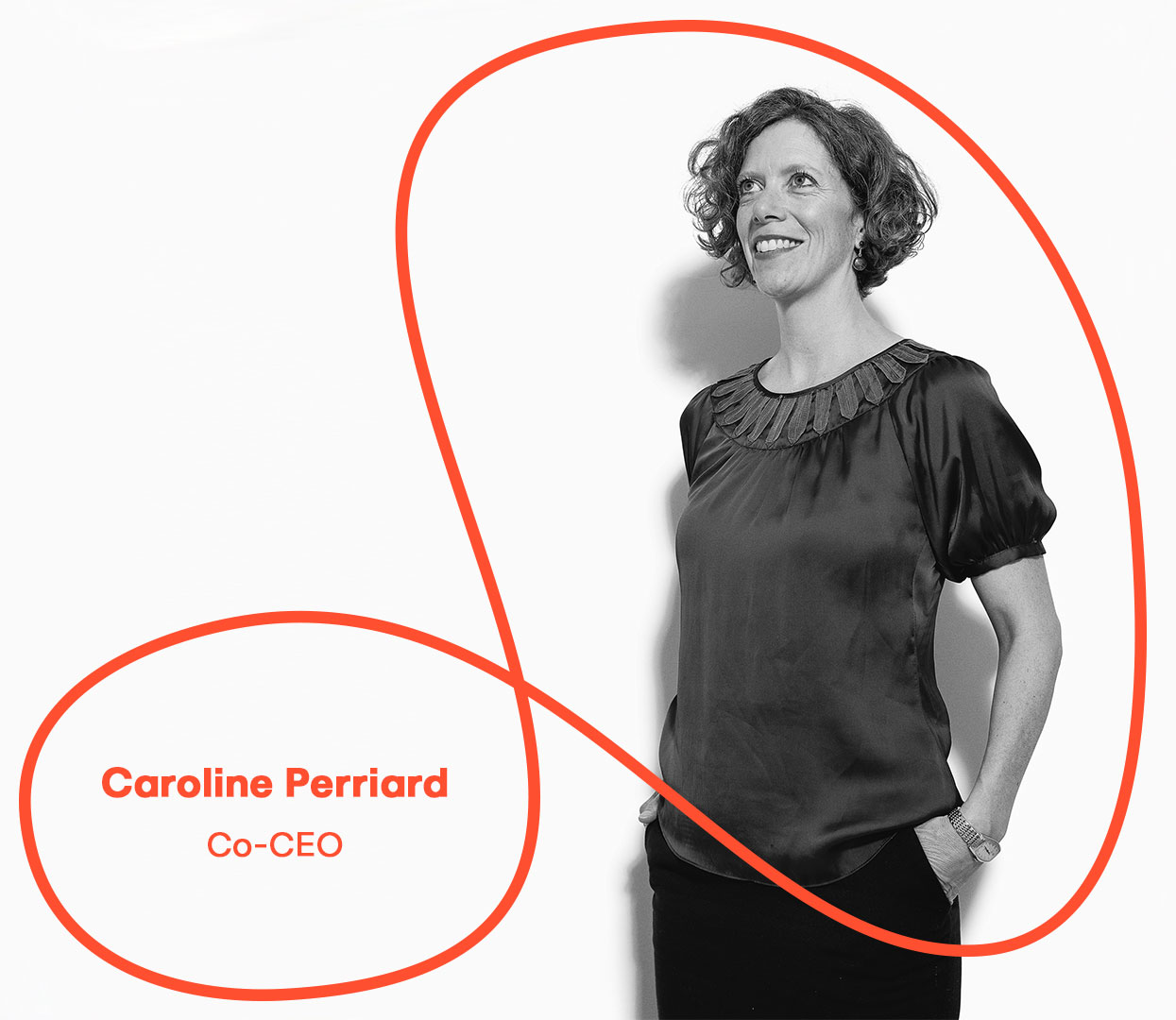 I started my career in intellectual property and fell into internet and data privacy with great pleasure! I am passionate about online interactions and how to be “legal in digital”.

Being optimistic, I enjoy rain, sun and snow, in particular skiing down steep hills.